When I was developing StudentDaily app, I was struggled for a long time in implementing view difference effect in Zhuhu Daily app. As in the following figure, the view is made up of a banner(UIView) and a browser(UIWebView). When you are scrolling down the UIWebView to read, the banner will be pushed up with a lower speed compared to the UIWebView. 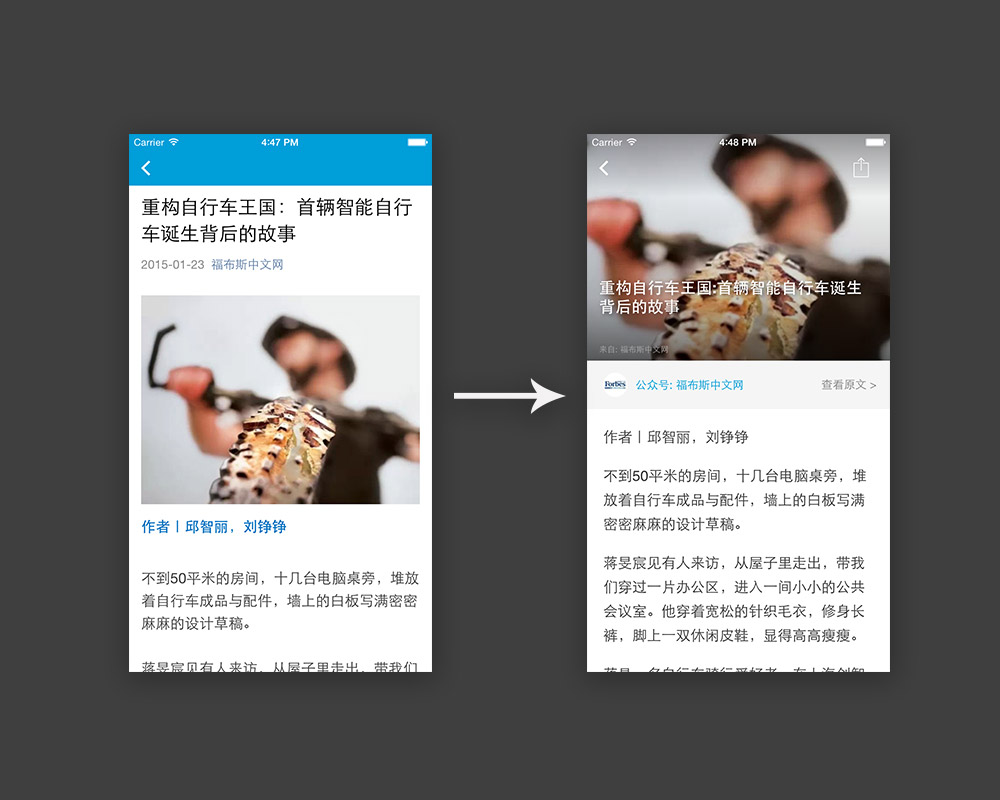 I knew that this view must be made up of two parts because the image in the banner was quickly loaded while the seconde part was loaded after a while. Another clue is that the scrolling indicator on the right side clearly shows that the second part is the scroll view. However, if we put UIView with the banner image and the UIWebView as the subviews of the view, it is impossible to display that the UIWebView is on the top of the UIView because when the user is scrolling the UIWebView, the top UIView will cover the UIWebView all the time. Even if you send a self.view insertSubView:atIndex: message to determine the index, there is no way to cover the UIView with UIWebView.

Now let’s do this:

First of all, there is only one UIWebView in the page. We can setup the contentInset to leave a space for the banner:

After that we can create a UIImageView on top of the UIWebView:

Since we don’t want the scrolling indicator shows incorrectly, we move it to the position where there is a space to the top using scrollIndicatorInset and reset its position in scrollViewDidScroll. UIImageView (the banner) can be reset position as well (setFrame) when scrolling delegate send messages.

Everything should be working now.